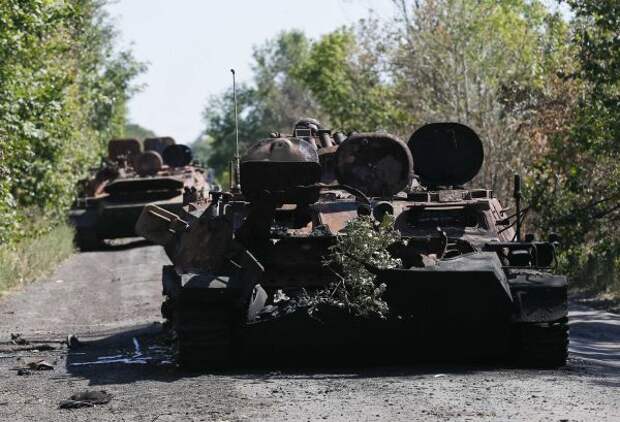 Burnt armoured personnel carriers (APC) that belonged to the Ukrainian forces, according to locals, are seen on the road outside the village of Mnogopolye, southeast from Donetsk, September 5, 2014. A ceasefire between Ukrainian forces and pro-Russian separatists in eastern Ukraine appeared to be holding on Friday evening, despite some initial shelling in the rebel stronghold of Donetsk. REUTERS/Maxim Shemetov (UKRAINE — Tags: MILITARY POLITICS CIVIL UNREST CONFLICT) 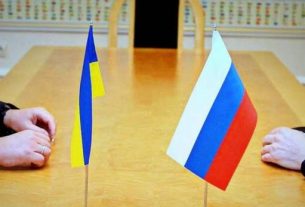